This browser is not actively supported anymore. For the best passle experience, we strongly recommend you upgrade your browser.
All Posts Subscribe
December 21, 2020 | less than a minute read

A wonderful theatrical version of E Nesbit's The Railway Children will be streamed free on Monday 21st December as part of The Shows Must Go On! series to support the charity Child Bereavement UK.

Mike Kenny's stage adaptation of E Nesbit's classic novel was staged in a purpose built 1,000-seat theatre in London's Kings Cross, complete with a railway track and platforms. Directed by Damian Cruden, it was first produced by York Theatre Royal at the National Railway Museum, York, where it enjoyed two sell-out and critically acclaimed seasons in 2008 and 2009.

You can watch this for free on The Show Must Go On! YouTube Channel from Monday 21st December at 2.00pm (GMT). It will be available on demand for a further 48 hours.

If you enjoy this show, please support Child Bereavement UK. The charity helps children and young people (up to age 25), parents and families, to rebuild their lives when a child grieves or when a child dies.

Amongst all the doom and gloom, here's some good news. They're showing the stage version of The Railway Children on YouTube 21st December 2pm GMT (Available till the 23rd)
Didn't realise there was a recording of this!https://t.co/hb1MCtH3rT

The Railway Children to be streamed on YouTube as part of The Shows Must Go On series https://t.co/2UweZUdse2 pic.twitter.com/gbb0wiXssk

Child Bereavement UK supports bereaved children and young people who are grieving, not just at Christmas but every day. Please take one minute this Christmas and donate £10 to help rebuild lives. To donate, please visit: https://t.co/gZN7JrMzhQ pic.twitter.com/oiGBZp9kie 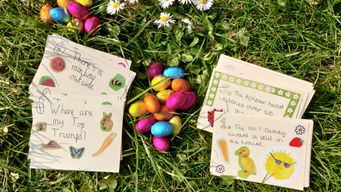